Get fresh music recommendations delivered to your inbox every Friday.
We've updated our Terms of Use. You can review the changes here.

The Viaduct Tuba Trio Plays The Music Of Bill Wells 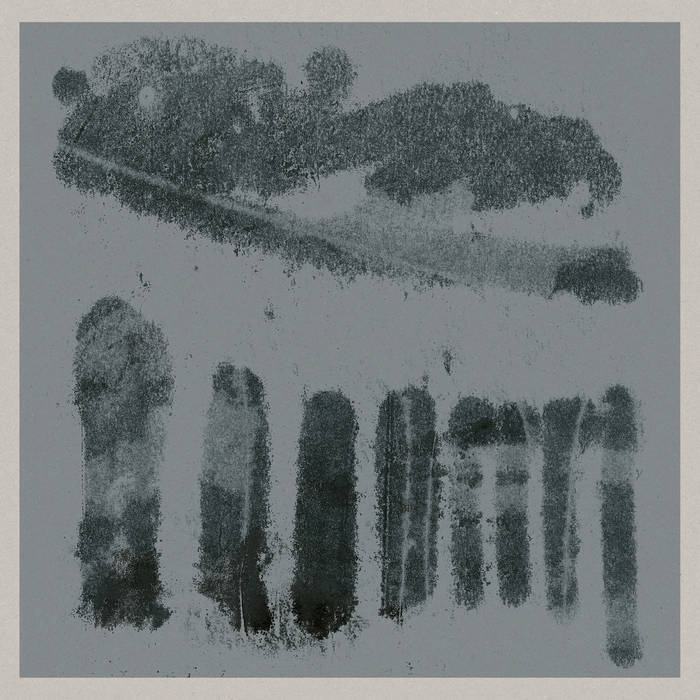 The latest chapter in the unfolding musical story of Bill Wells finds the Scottish jazz outsider’s compositions played by a trio of tuba players with contributions from young brass players from his adopted hometown of Glasgow.

The results, The Viaduct Tuba Trio Plays The Music Of Bill Wells, are alternately ruminative, playful and profound, ranging from the cyclical opener Fanfare For Three Tubas to a mischievous interpretation of The Midges, a comic tribute to the entomological scourge of the Highlands by Scottish singer Kenneth McKellar, and the doleful Chorale 4K before the arresting finale of Stone Throw Dream Anthem. Throughout the record you are reminded of both the power and tenderness of brass instruments – their capacity to astound and reassure, to soothe and tickle.

The trio in the title – Antony Hook, Danielle Price and Mark Reynolds – formed in 2018 to perform in the lee of the Glenfinnan Viaduct as part of the Loch Shiel Festival. Built on the West Highland Line and opened in 1901, the 21-span viaduct is nowadays best known for its appearance carrying the Hogwarts Express.

Wells contributed three tunes for the performance, including Fanfare For Three Tubas, and composed the remainder after being commissioned by Glasgow’s underground/experimental festival Counterflows as a direct result of the Glenfinnan Viaduct performance. The trio subsequently performed Wells’ tunes in Glasgow with the Gorbals Youth Brass Band, who play on three of the album’s 10 tracks, sharing a bill with a duo featuring Chicago composer, flautist and educator Nicole Mitchell and London-based percussionist Mark Sanders.

The Viaduct Tuba Trio Plays The Music Of Bill Wells represents another creative achievement for the prolific composer and multi-instrumentalist, whose output in recent years includes an album for an Estonian indie label (Remixes For Seksound, 2018), the eponymous debut LP by The Sensory Illusions, his guitar-and-tuba duo with Danielle Price (Karaoke Kalk, 2019), and Standards Vol V by his mischievously titled National Jazz Trio of Scotland (Karaoke Kalk, 2019), featuring the voice of Gerard Black (Rozi Plain, Charlotte Gainsbourg, Francois and the Atlas Mountains).

Prior to these Bill collaborated with artists including Yo La Tengo, Amy Allison and Syd Straw on Nursery Rhymes (Karaoke Kalk, 2015) and Aidan Moffat on Everything’s Getting Older (2011) and The Most Important Place In The World (2015), both on Chemikal Underground. He has also recorded albums with Jad Fair, Maher Halal Hash Baz and Stefan Schneider of To Rococo Rot among others.

Mark Reynolds studied in Glasgow and Munich. During his time there he performed with, among others, the Munich Philharmonic, Bavarian Radio Orchestra, Bavarian State Opera and the Munich Symphony Orchestra. In 2001, he was appointed principal Tuba of the Royal Philharmonic of Flanders, Belgium and became a founder member of the Ottone Brass Quintet. He has frequently performed as a soloist including performances of the Vaughan Williams Tuba Concerto with the Royal Philharmonic of Flanders and the Royal Scottish National Orchestra.

Rising star Antony Hook was Loch Shiel Festival’s Young Artist for 2018 and currently studies at the Guildhall School of Music and Drama.

Supported by the Countess of Munster Trust, Danielle Price studied at the Royal Conservatoire of Scotland and graduated with distinction from the Master of Music Course in 2013. She has since enjoyed a versatile career playing in a range of projects and ensembles including Pure Brass Quintet, The Sensory Illusions, Dopey Monkey, Red Note Ensemble, The Old Fountain Jazz Orchestra, New Antonine Brass Quintet (current Live Music Now Scotland artists) besides traditional jazz ensembles The Copper Cats and The Red Hot Rhythm Makers. She has also performed in the bands of Bill Wells and Aidan Moffat, Ashley Paul, Bella Hardy and Oxbow, and as an extra musician with the BBC Scottish Symphony Orchestra and Royal Scottish National Orchestra.

The band was formed in 2012 in Glasgow to offer local children free instrumental tuition. Each child is provided with a brass instrument and attends weekly lessons and rehearsals. GYBB also attend competitions, masterclasses and concerts.

The Viaduct Tuba Trio Plays The Music Of Bill Wells was recorded at Castle of Doom studios in Glasgow by Tony Doogan, mixed by Bill at Loathsome Reels and mastered by Norman Blake of Teenage Fanclub. The cover art is by longtime collaborator Annabel Wright.

bison is a record label with a loose focus on experimental song. It's based in London and run by Abby Thomas.

If you like The Viaduct Tuba Trio Plays The Music Of Bill Wells, you may also like:

Bandcamp Daily  your guide to the world of Bandcamp

Guests John Beltran and Kim Myhr walk us through their magical musical adventures.